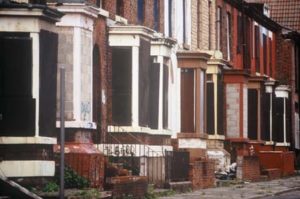 The apparent lack of effective action by Luton’s Labour Council needs to be challenged and we are the only people doing it” claims Liberal Democrat leader on Luton Council, Cllr. David Franks.

Luton’s Liberal Democrat councillors are calling for a full report to be made to the Council’s Overview & Scrutiny Board after figures released by Liberal Democrat HQ revealed that there are 777 empty homes in Luton, 269 of them have been empty for more than two years and 29 for ten years.

“According to these figures, in the year 2016-17 only three empty homes were brought into use by the direct action of Luton Council and in the last five years they have not once used the Empty Dwelling Management Order powers which would have allowed them to take over empty houses and flats and use them to house local families”, says Cllr. David Franks. “Labour Councillors have some explaining to do.”

“The apparent lack of effective action by Luton’s Labour Council needs to be challenged and we are the only people doing it.”

The full report will be considered by the Council’s Overview & Scrutiny Board at a future meeting. The Board meets regularly at the Town Hall and the meetings are open to the public. Residents and press representatives are encouraged to attend.