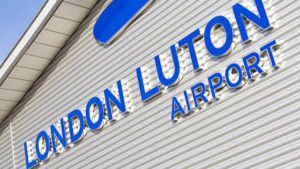 “The plans need a major rethink if we are to avoid a massive hit on the quality of life of thousands of Luton residents. The plans must change.”
– Liberal Democrat leader, Councillor David Franks.

Whilst supporting the expansion of London Luton Airport, Liberal Democrat councillors have some very serious concerns about the way the expansion is being planned. As Cllr David Franks, Liberal Democrat leader on Luton Council explains, “The plans need a major rethink if we are to avoid a massive hit on the quality of life of thousands of Luton residents. The plans must change.”

A briefing note produced by Liberal Democrat councillors claims there is no need for the new access road to swallow up almost the whole of Wigmore Valley Park, it could follow the airport boundary instead. It is not necessary to sacrifice the park to gain access to Century Park and Terminal Two.

The briefing note also says the plan proposes a link into Eaton Green Road which will make Ashcroft Road, Wigmore Lane, Lalleford Road and Eaton Green Road itself major access routes to the airport and this is not acceptable.

Cllr. David Franks explains, “We have voiced these concerns at meetings many times and will continue to do so. The Council, and its airport company, cannot be allowed to get away with a plan which unnecessarily blights 20% of the town.”