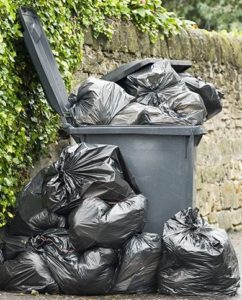 “And, Labour councillors have the cheek to look surprised when people say Luton Council consultations are a sham.” – Cllr. David Franks, Liberal Democrat leader of the opposition, Luton Council.

49%* of the people who responded to Luton Council’s own consultation exercise said moving to fortnightly black bin collections would have a big impact on their family but the Labour Council is to do it anyway. The bin in which people put food, nappies, continence waste are to be collected only once every two weeks.

“Even families who never fill their black bin are concerned about the smell, flies from rotting food left for a minimum of two weeks. With the hot summer we’ve just enjoyed there must be real health concerns.”

The Council claims that fortnightly bin collections will lead to less waste being taken to landfill but Liberal Democrat councillors say there will not be less waste, it will just lie around smelling for longer and that’s why they opposed the move from the start.

Full survey results are available via this link.

4 comments on “49%* say NO!! But Labour Council goes to fortnightly bin collections anyway.”